Everyone knows that college is expensive: $8,778 per year for in-state students at public four-year colleges in the previous academic year. But the price tag might be higher or lower depending on where you live. Across America, the price of college ranges from $4,178 in Wyoming to $15,062 in Vermont—more than a threefold difference.

In the graphs below, I display how “overpriced” or “underpriced” each state’s tuition level is relative to the nation based on cost-of-living differences alone. Variation in cost of living does not come close to explaining the massive disparities in tuition levels across the country. 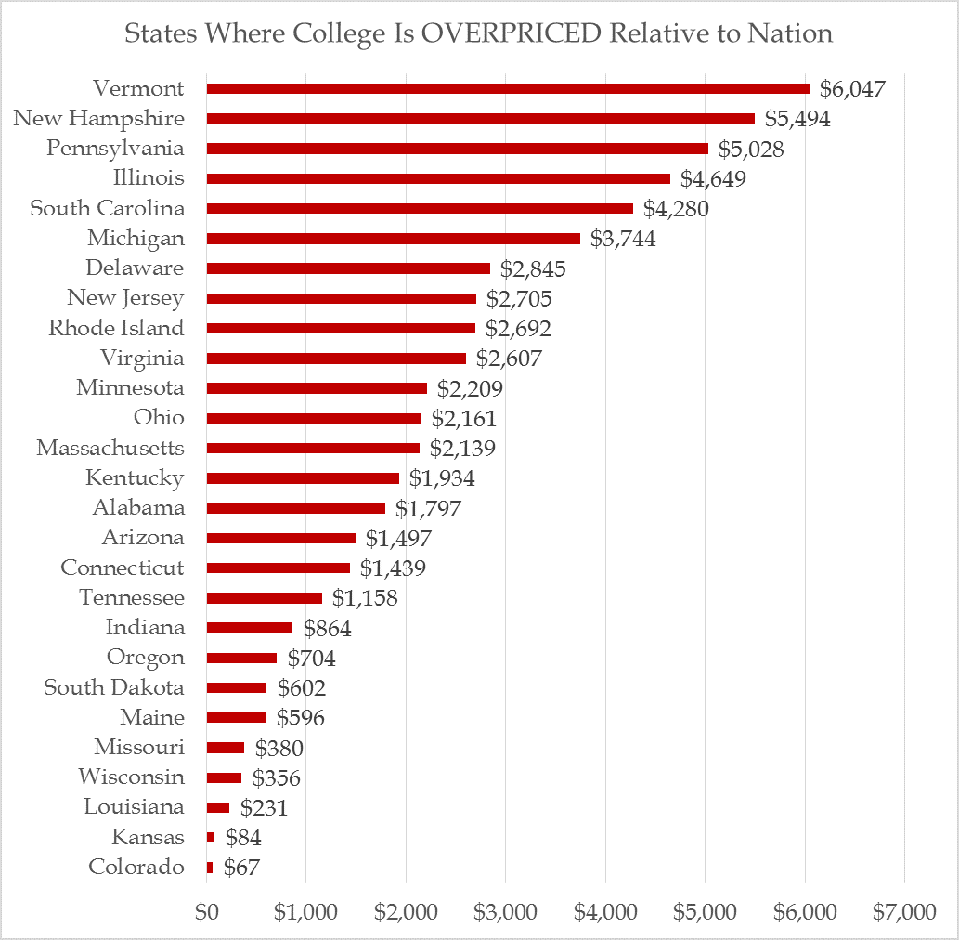 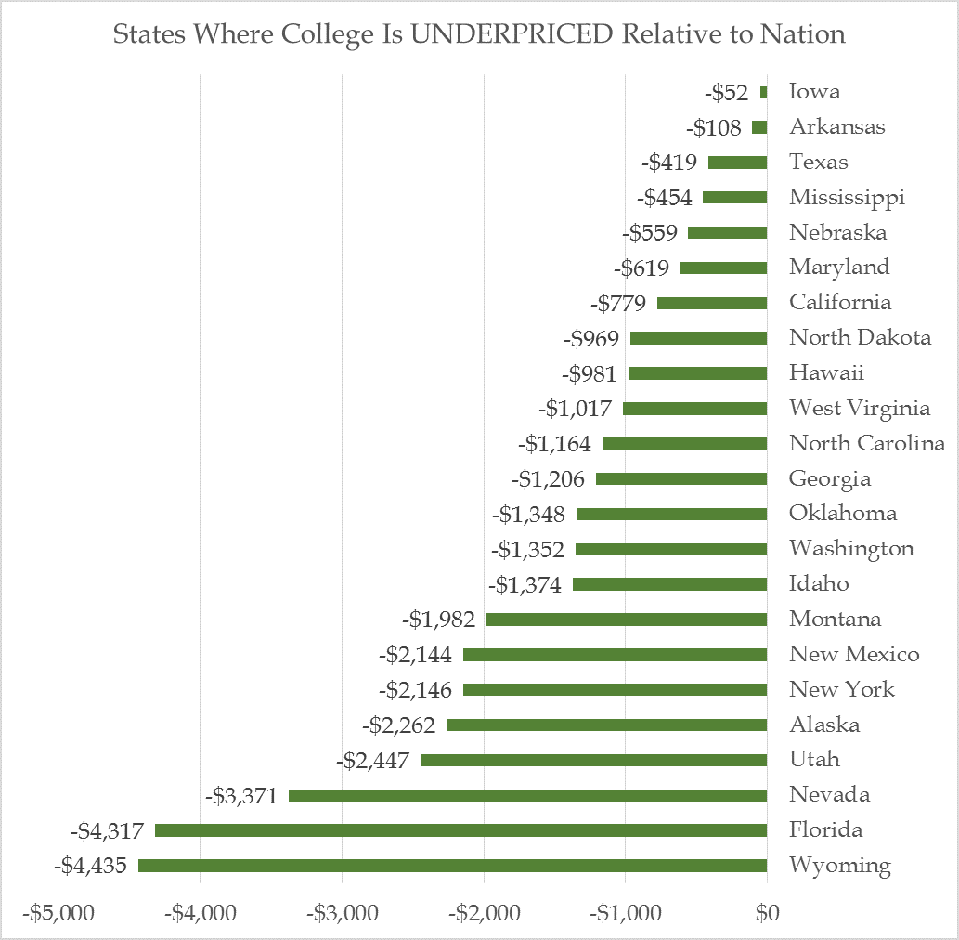 The Northeast and New England are home to many overpriced states, with tiny Vermont in the lead. A public college education in the Green Mountain state runs over $6,000 ahead of what it “should” based on Vermont’s local prices for other goods. Meanwhile, the inner West is a haven for underpriced tuition, even after accounting for the lower cost of living in these states.

Of course, these figures do not take into account grant aid to students from states and the federal government, nor tuition discounts that colleges themselves might offer. (Analyzing net tuition revenue per student instead of headline tuition yields a similar degree of variation after accounting for cost of living, though individual states move around on the rankings somewhat.)

Naturally, the following question is why tuition still varies so much by state, even after accounting for differences in the cost of living. School quality may have something to do with it—students are willing to pay more to attend better or more prestigious institutions.

But also critical to remember is that students are constrained from attending a public college in another state. A student facing high tuition charges in Vermont cannot attend the University of Wyoming and pay in-state tuition there; he must pay out-of-state tuition, which is much higher than the in-state rate. High prices for out-of-state tuition (as well as private colleges) mean many students are held captive to the public colleges and universities in their own state.

In a normal competitive market, consumers facing high prices at one business can simply buy from another business. This keeps prices low. But this mechanism breaks down when it comes to public higher education since students usually cannot chase the lowest tuition prices across the country. For public colleges, competition from across state borders is not nearly as important as it is for other industries. This explains not only the high cost of college but also the wide variation in tuition across states.

Some states have agreements allowing students to pay in-state tuition at public colleges in neighboring states, but these are usually quite limited in scope. To bring down tuition, perhaps policymakers should explore ways to foster more competition across state lines.

Link to original article
Which State Has The Most Overpriced College Tuition?
Publication
Forbes Fri, 07/07/2017 - 15:30