Approximately 1.9 million students around the country will graduate with bachelor’s degrees this year, many this month and next. A key question as they prepare to pursue their dreams: where?

The ideal stomping ground varies for everyone, of course, depending on field of work, family and many other considerations. Regardless, there are measurable factors that make some places more appealing for recent grads than others.

Take Salt Lake City. With a 3.2% unemployment rate and 2.54% job growth projected for 2017, it offers better employment prospects than most other big cities. Utah's capital also boasts a median recent grad salary that is higher than many other places ($50,500) and rent there is relatively cheap (a median two-bedroom runs around $1,100).

As a result, Salt Lake City tops Forbes’ 2017 list of the best cities for young professionals. The city is home to more than 20,000 businesses, with strengths in a varied range of sectors including information technology and gaming, outdoor products, life sciences, healthcare, finance and manufacturing. (Salt Lake also ranked seventh on Forbes’ 2016 list of the best places for business and careers.)

If Salt Lake doesn’t sound like the spot for you, never fear -- this year’s list of 25 cities includes someplace for most everyone. There are metro areas on the East Coast (Boston), West Coast (San Diego) and middle of the country (St. Louis). There are places known for sun (Tampa, Fla.) and places known for snow (Denver). There are suburbs (Silver Spring, Md.) and there are big cities (Atlanta).

Of the six metrics we used, the best predictor of whether a city would make the list was the median salary earned by college grads with less than five years of experience. All five metro areas where wages are highest for young professionals made the cut. Meanwhile, rental affordability was the least correlated, with only one of the 10 most affordable cities in the country making it.

No. 3 San Francisco illustrates this pattern well. Young professionals in the tech capital earn a median salary of $68,400, the second highest wage in the country. (Nearby Silicon Valley ranked first at $69,200.) However, housing in San Francisco is among the least affordable in the nation. A room in a two-bedroom priced at the median eats up 40% of the median pre-tax salary. (The only big city that ranks worse by that metric is New York City, which did not make the list.)

San Francisco is perhaps the least surprising city on our list. The most surprising may be No. 2 Boise, Idaho, which makes the list thanks to strong job growth projections and a high percentage of adults with college degrees. Boise also ranked 13th on our list of the best places for business, in part due to its fast-growing tech sector. Government and business, however, remain the strongest sectors. 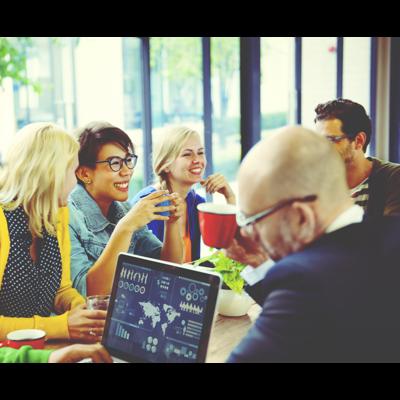 To compile Forbes’ annual list of America’s best cities for young professionals we ranked each of the 100 largest metropolitan statistical areas and divisions in the Unites States by six metrics crucial to recent graduates:

In pictures: The Best Cities For Young Professionals